Office Hours:
Monday – Friday 8:30 am to 4:30 pm
Our office follows the DISD procedure for closures during inclement weather.

Dr. Paul Payne was born and raised in Slaton, Texas. He attended Tulane University where he graduated with honors with a Bachelor of Science in Biology. Dr. Payne went on to obtain his medical degree from Texas Tech University School of Medicine. He did his residency at Baylor University Medical Center in Dallas and has been in private practice there since 1984. Dr. Payne is board certified in Obstetrics and Gynecology and is an attending physician at Baylor University Medical Center. While on staff at Baylor he has been named as outstanding teacher twice, and also has been named to Texas Monthly's Super Doctor list. His areas of interest include general obstetrics and gynecology, infertility, robotic surgery, high risk pregnancy, and menopause.

Dr. Payne's philosophy of medicine was formed by watching his father practice medicine as a small town general practioner in west Texas. He believes the most important thing for a physician to do is to stop and listen to his patients. This philosophy allows him to correctly apply the science of medicine on an individual basis.In so doing the doctor patient relationship grows in trust and respect. This belief is reflected in his attitude to treat the entire patient viewing himself as a primary care doctor for women, following them from puberty, through childbearing years, and into and through menopause. 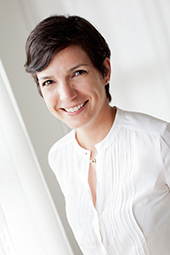 Christina is married to Nelson Littrell whom she met while in medical school. He is a general surgeon in Plano. They have two children, Reese and Catalina. She enjoys running, cooking and yoga when time permits. 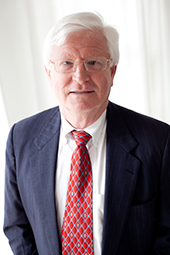 Robert T. Gunby Jr., M. D. established his practice as an obstetrician and gynecologist in 1977.

Dr. Gunby received his medical degree from the Medical College of Georgia where he was inducted into AOA for academic excellence, a Master's Degree in Biology from Georgia State University, and a Bachelor of Arts Degree in Political Science from Emory University. He completed his Internship and a Residency in Obstetrics and Gynecology at Baylor University Medical Center, Dallas, Texas.

Dr. Gunby has served as the Medical Director of Labor and Delivery and Assistant Chief of the Department of Obstetrics and Gynecology at Baylor University Medical Center in Dallas for over 20 years. He has also served as Medical Staff President and Chair of the Medical Board at Baylor. He has participated in organized medicine as the president of Dallas County Medical Society and Texas Medical Association to attempt to improve patient care and safety.

He is a compassionate, caring physician whose mission is to provide the very best quality medical care for each and every patient. He is a respected leader in his field of medicine and his passion is delivering babies. Dr. Gunby said, "In addition to gynecology, I love the opportunity to provide well patient care to mother's who are pregnant. Having a baby is one of the most important times in the life of new parents.I am honored to have the opportunity to be an integral part of their birth experience."

Born in Birmingham, Alabama, he was raised in Georgia. In 1968, while attending medical school, he met and married his wife, Elizabeth, who was a nursing student. They have two children and five "perfect" grandchildren. If Dr. Gunby isn't delivering a baby or playing with his grandchildren, he would rather be on the slopes skiing. 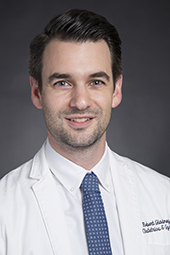 Dr. Gladney was raised in Flower Mound, TX. He graduated with honors from Texas Christian University with a Bachelor of Science in both Biology and Chemistry.

He went on to obtain his medical degree from Texas A&M Health Science Center College of Medicine. Dr. Gladney completed his residency in obstetrics and gynecology at Baylor University Medical Center at Dallas were he received numerous awards for teaching as well as awards for excellence in minimally invasive gynecologic surgery, commitment to patient safety, and for his commitment to excellence, leadership, and balance.

He was also recognized as an outstanding resident in gynecologic oncology. Dr. Gladney is passionate about women’s health and providing comprehensive care for his patients rather than solely focusing on individual issues. He is skilled in the treatment of gynecologic disorders, minimally invasive and robotic surgery, and complete obstetrical care including high risk obstetrics.

Outside of medicine, he enjoys spending his time with his wife Melissa and their two daughters Campbell and Connor. 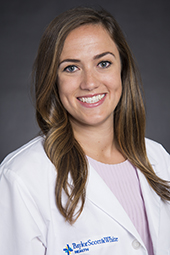 Dr. Uremovich was born and raised in Friendswood, TX, a small town just outside Houston. She was very involved in sports growing up and went on to play collegiate volleyball at Lipscomb University in Nashville, TN. She then transferred to Texas Tech University where she graduated with honors with a Bachelor of Science in Biology and a Minor in Chemistry.

She received her medical degree from the Texas College of Osteopathic Medicine at the UNT Health Sciences Center. She went on to complete her residency training at Baylor University Medical Center where she received the Golden Apple teaching award for her teaching in the field of obstetrics and gynecology to the medical students at Texas A&M medical school.

She received her certificate from the Fundamental of Laparoscopic Surgery for minimally invasive surgery. She is also certified in the DaVinci robot for the surgical treatment of complex gynecologic issues.

Dr. Uremovich enjoys spending her free time with her husband, son and their extended family. They love spending time outside — during the summer in the water and during the winter on the slopes.